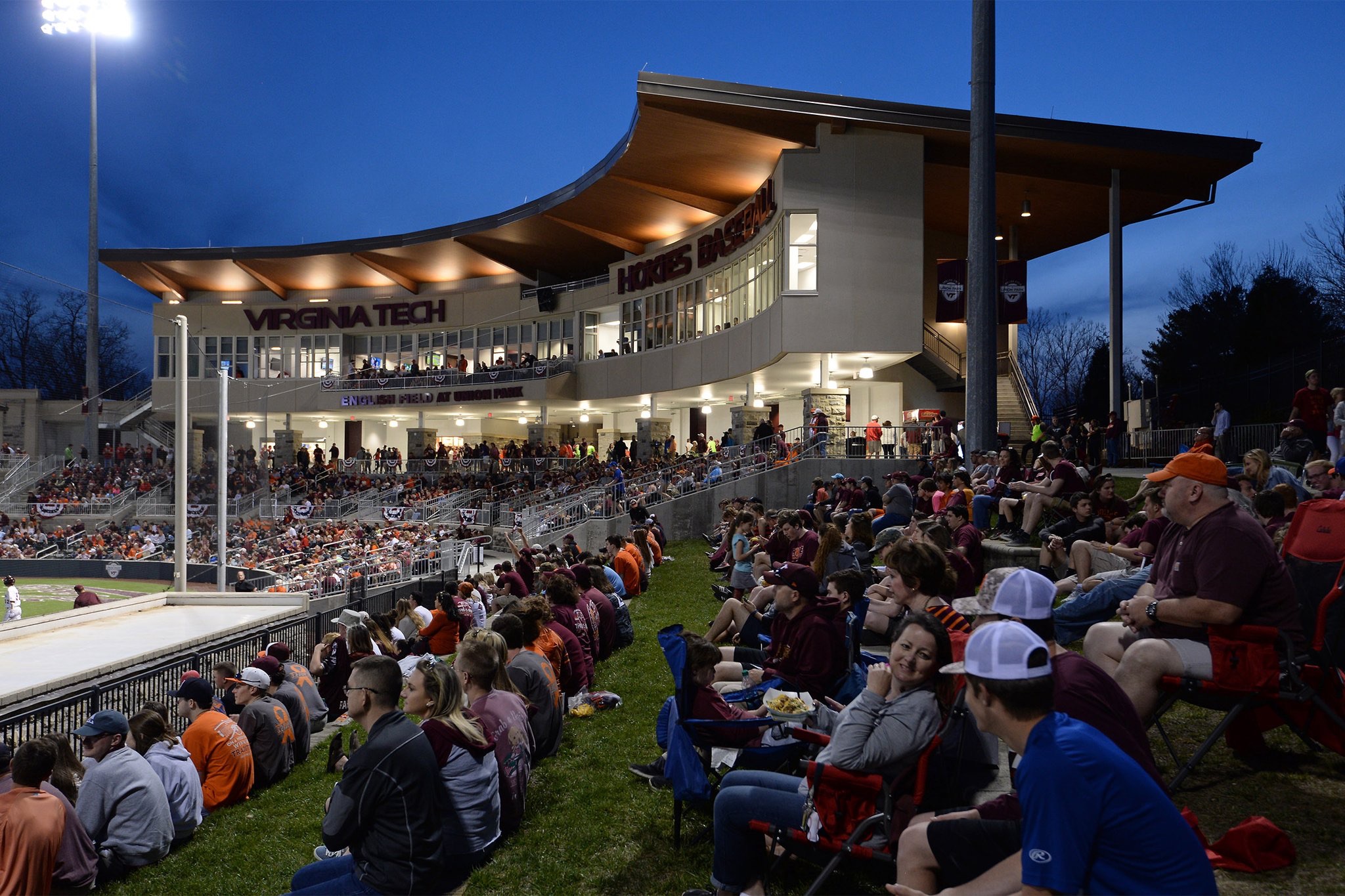 In 2016 Virginia Tech set out with a goal of enhancing the student-athlete and fan experience for the Hokies’ baseball program.

On April 15, 2018, they meet that goal with the Grand Opening of the newly expanded VT Baseball Stadium.  The night began by recognizing the long list of individuals who made the upgrade possible.  The night ended with a spectacular fireworks show.

The attendance (3,420) for the game set a regular season record for a home game.  It is also the third highest attendance for a home game ever.  First, is the exhibition game vs the New York Yankees in 2008.  The second highest was the NCAA regional game vs Connecticut in 2013.

G.J. Hopkins was proud to perform the mechanical and electrical scope of work with the team of Whiting-Turner and Cannon Design Architects.

The page you requested could not be found. Try refining your search, or use the navigation above to locate the post.